Sony has released the QX100 and the QX10 a few weeks ago.
This lens-cameras are a bit of a new segment in photography, that does not fit into the known categories so well. Basically it is a objective with optical zoom that also contains an image sensor as well as a battery and a micro SD-card slot but is missing a viewfinder or any other controls but zoom and trigger it self.

So the QX10 basically has more optical zoom and is lighter/smaller. The QX100 on the other hand has better lenses, more aperture, larger sensor and also more functions within Sony's app PlayMemories.

Before connecting smartphone and lens-camera, Sony's free camera app PlayMemories needs to be installed first. Once the app is installed, the connection can be set up automatically by NFC (just hold the two devices close to each other next to the NFC symbols on each device and they will pair automatically) or manually in case the phone (like iPhone) does not support NFC.
Once the pairing has been done and the two devices are connected they can either be used attached to each other like a normal camera or separated as camera with remote control unit.

Within the PlayMemories app you have different shooting modes available:

In the settings menu things like white balance, self timer, focus mode (manual or AF-S), image size and a few more options can be set. 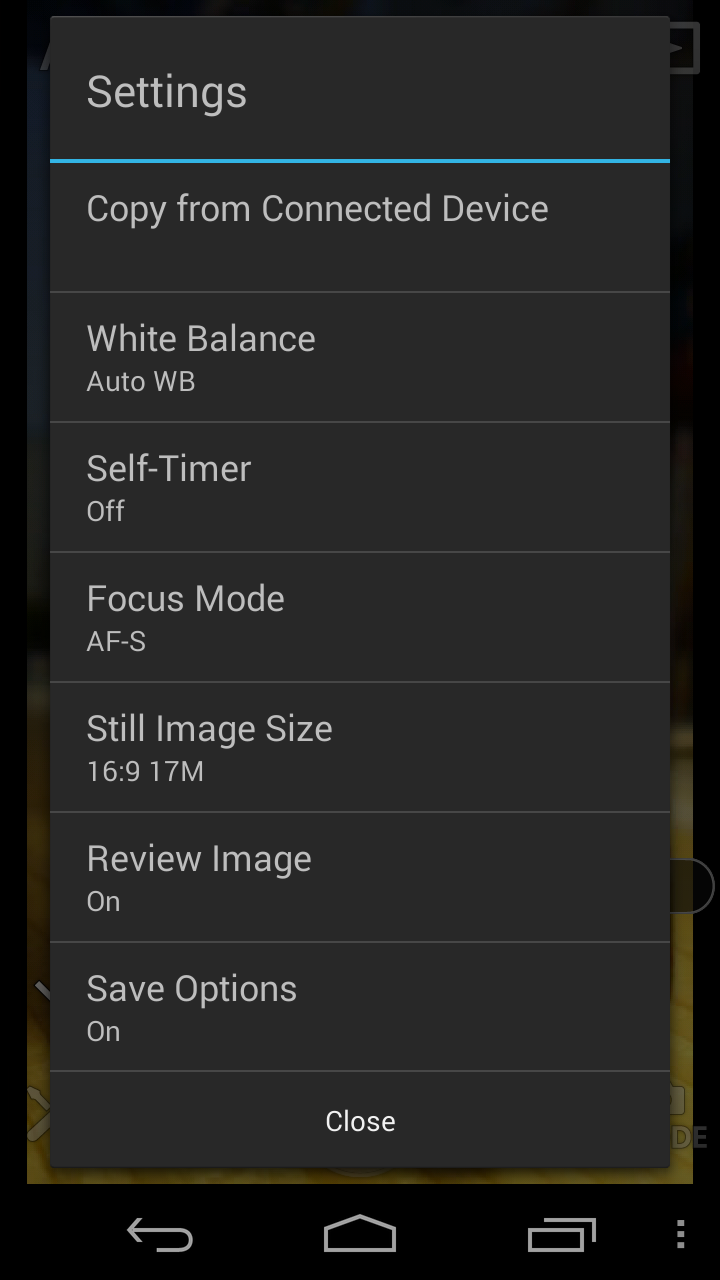 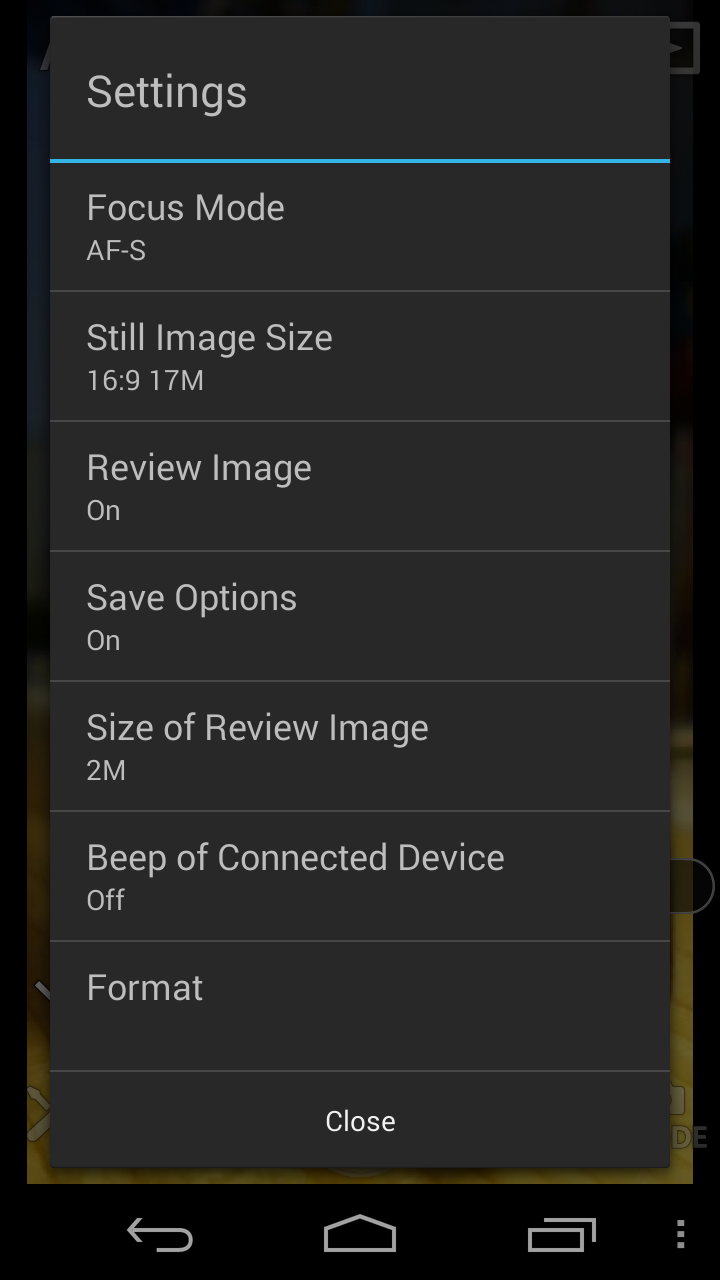 Out in the field

I took this little camera on a few small trips to test it out.

One of this was a tour through the city of Nürnberg where I was mostly aiming for some statues.
The opportunity to use the camera separated from the viewfinder to reach other perspectives and viewing angles than normally was the biggest benefit for me. For example to get two faces of a statue better in line and see them both together at about the same level I was holding the lens-camera on my stretched out arm over my head while I was holding the smartphone with the other hand in front of me to arrange the picture, set focus and shoot. 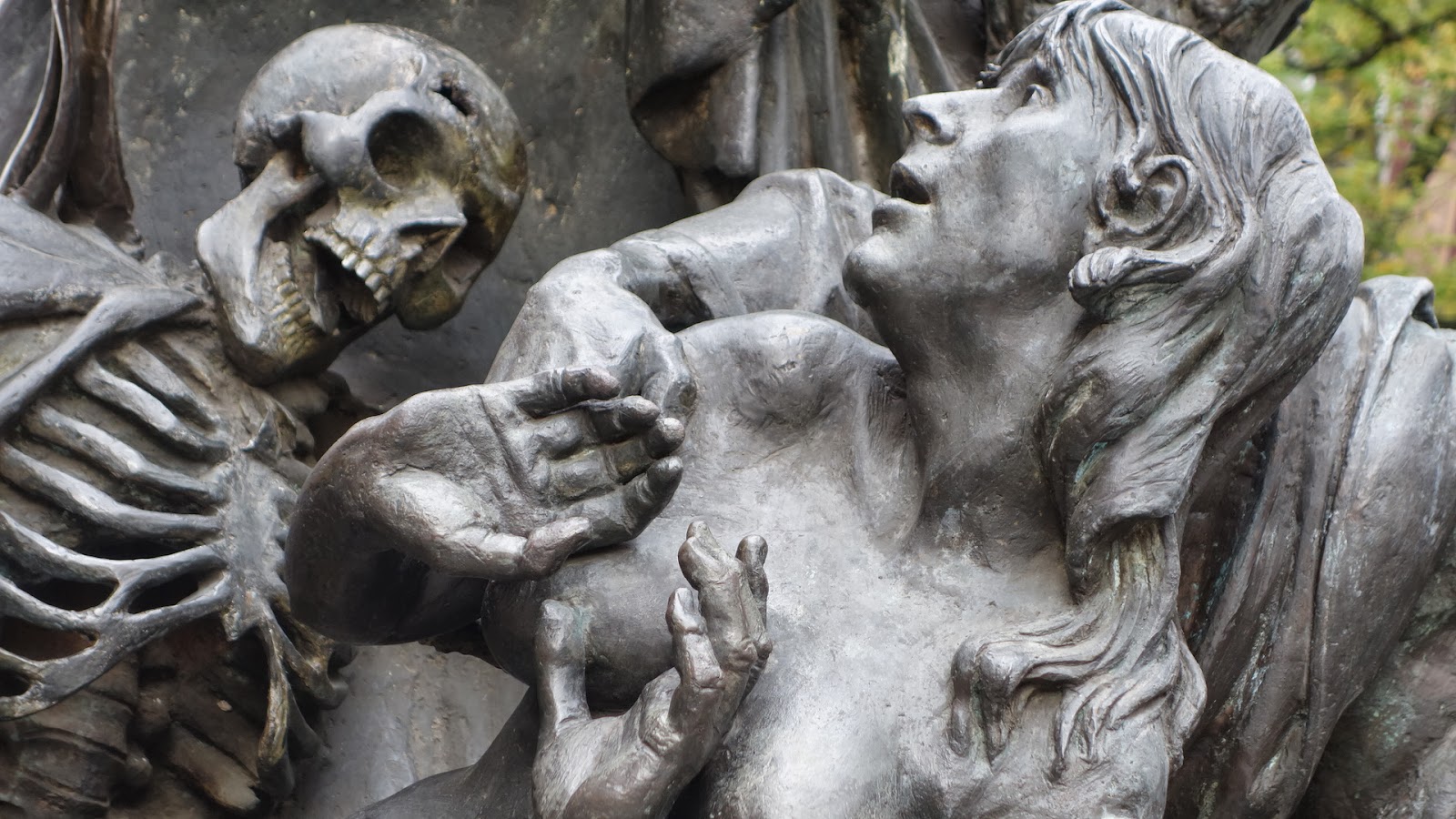 I was also very pleased of the quality of colors and the blurriness of the background I could get to when I tried to single out some motives out of a bunch. 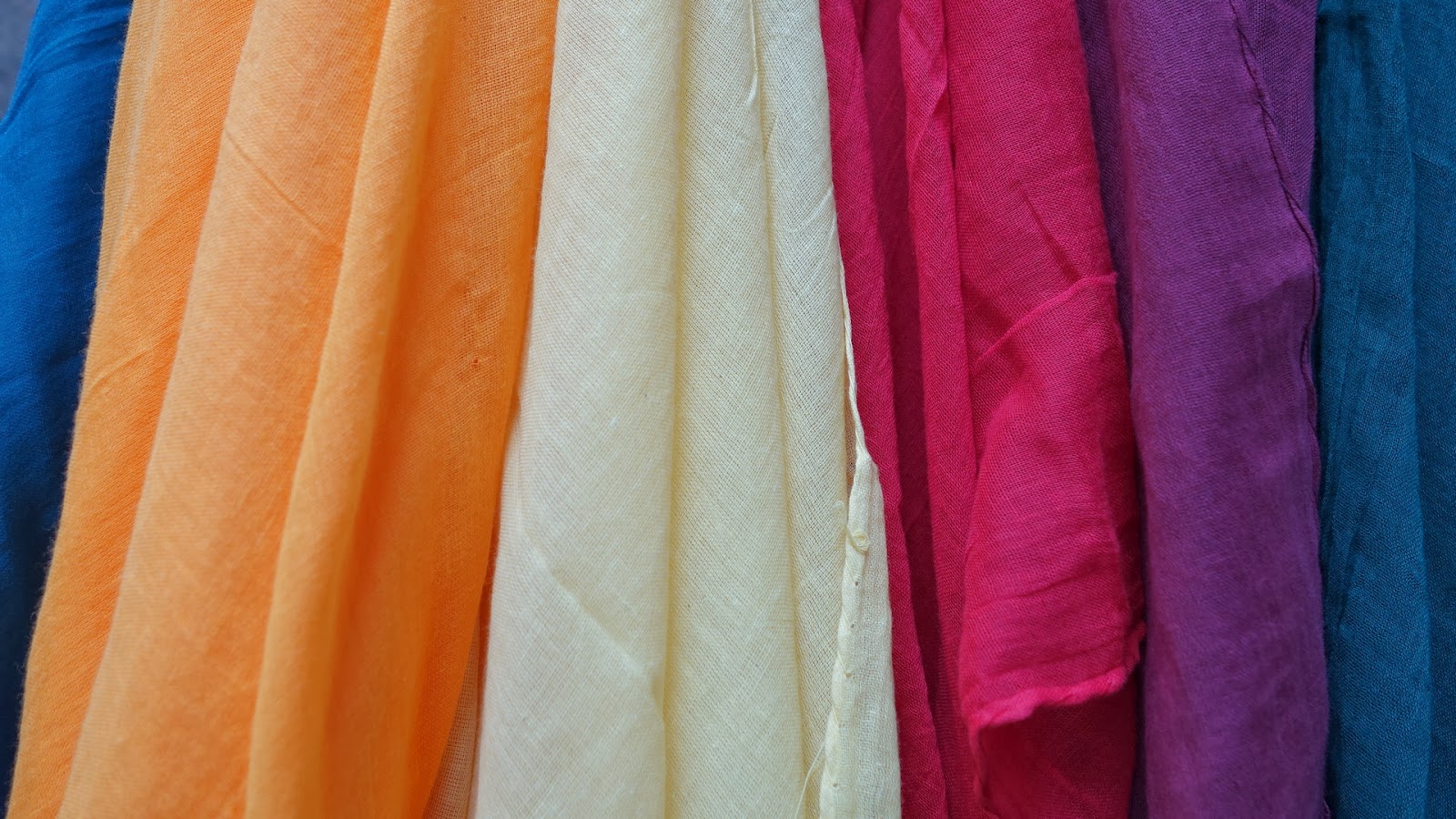 On another trip I went to the woods to take some pictures of mushrooms as they are everywhere at this season now and make nice objects for photography (even if I don't like to eat them). My intention here was to get to them as close as possible from mostly a very low angle as this seemed to me to be the greatest benefit of this small camera device that can be controlled by a remote smartphone. Also I know about the issues I often had with my DSLR on shooting mushrooms where sometimes I even had to dig a hole into the ground, just to place the camera low enough for the picture I wanted to take. 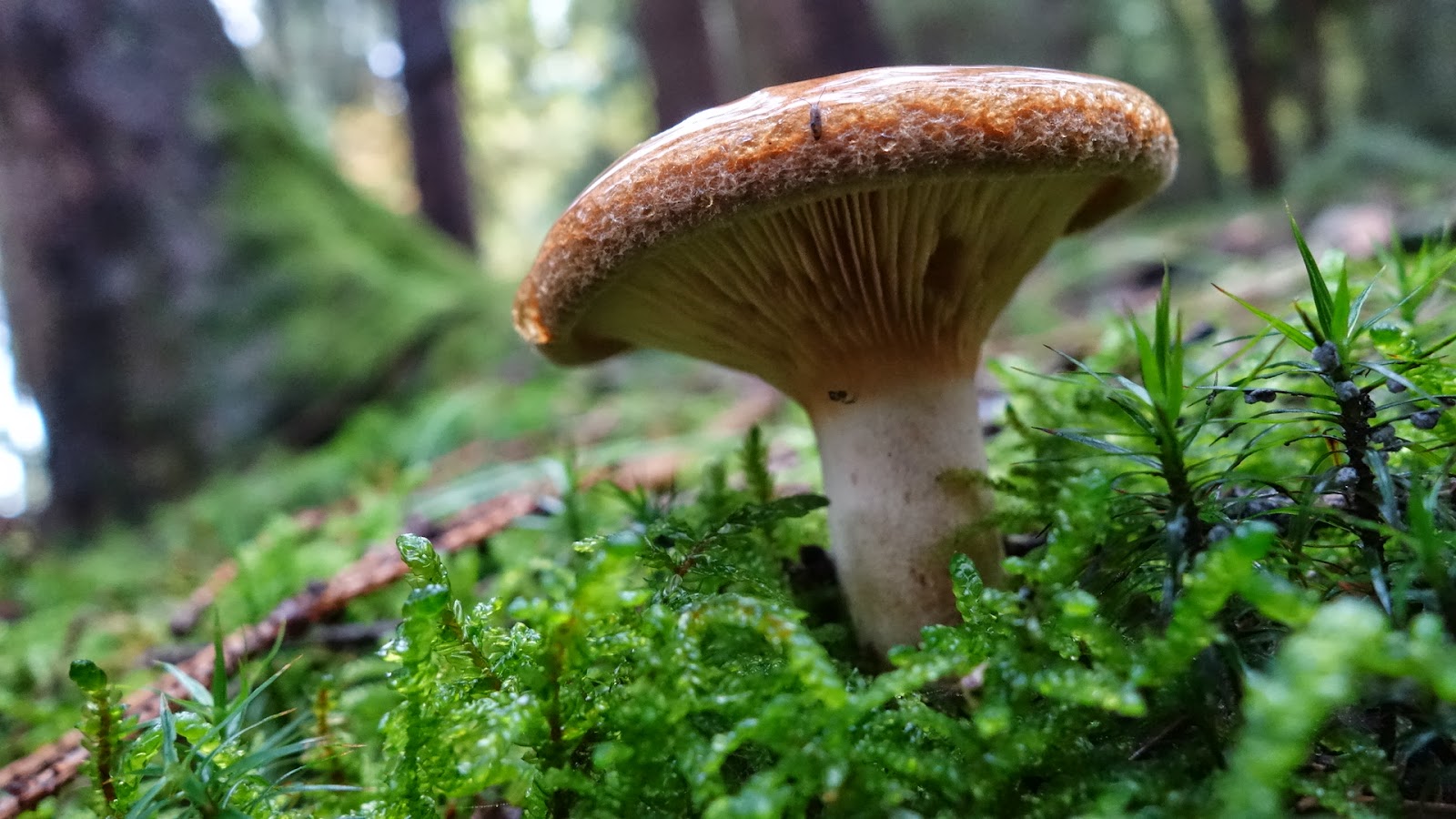 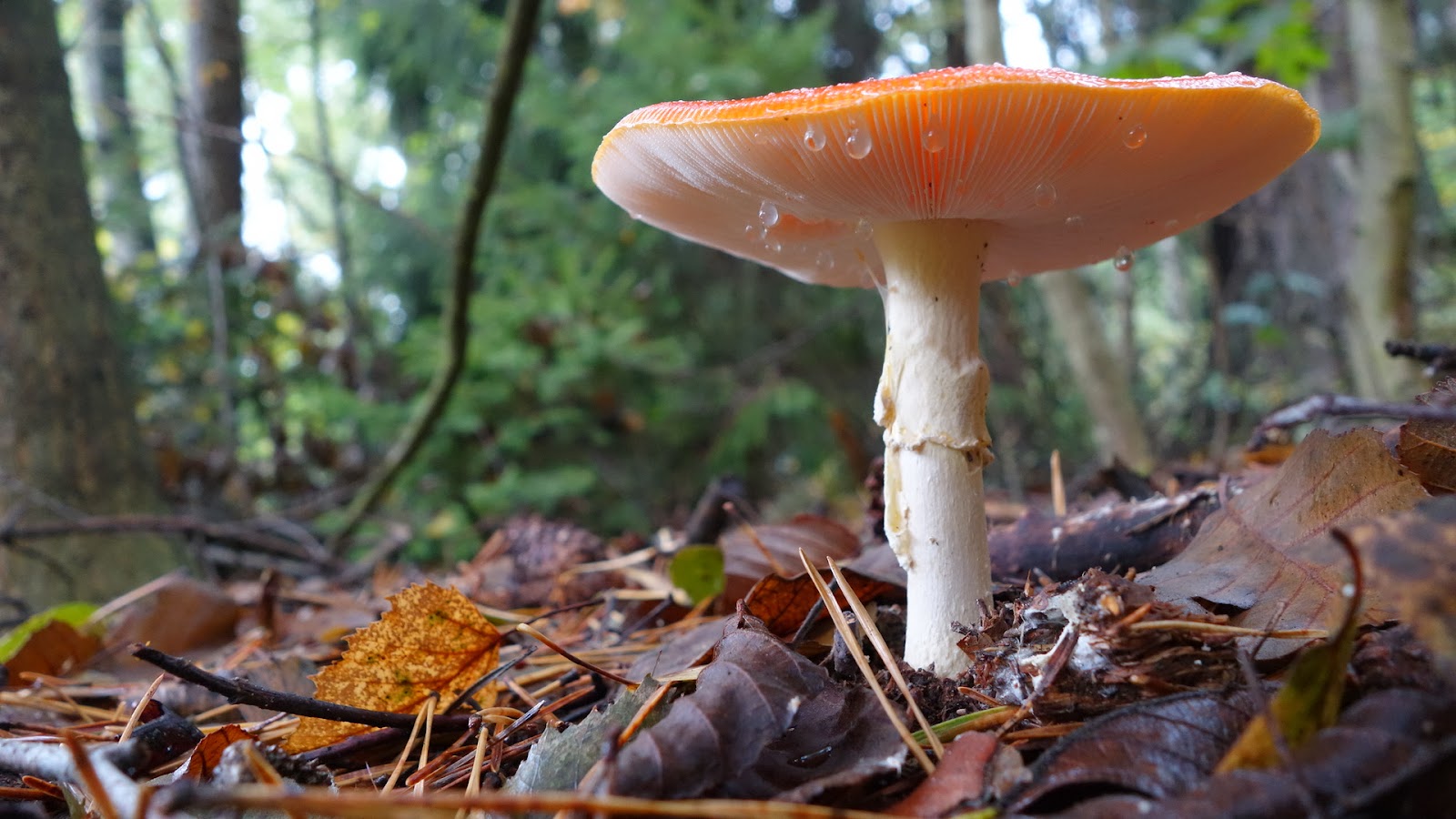 The positioning of the camera was a great experience, especially as there was no need to crunch down on the wet floor in the wood for me at all. I just placed the camera on the ground and could adjust it a little bit by looking at the smartphone. 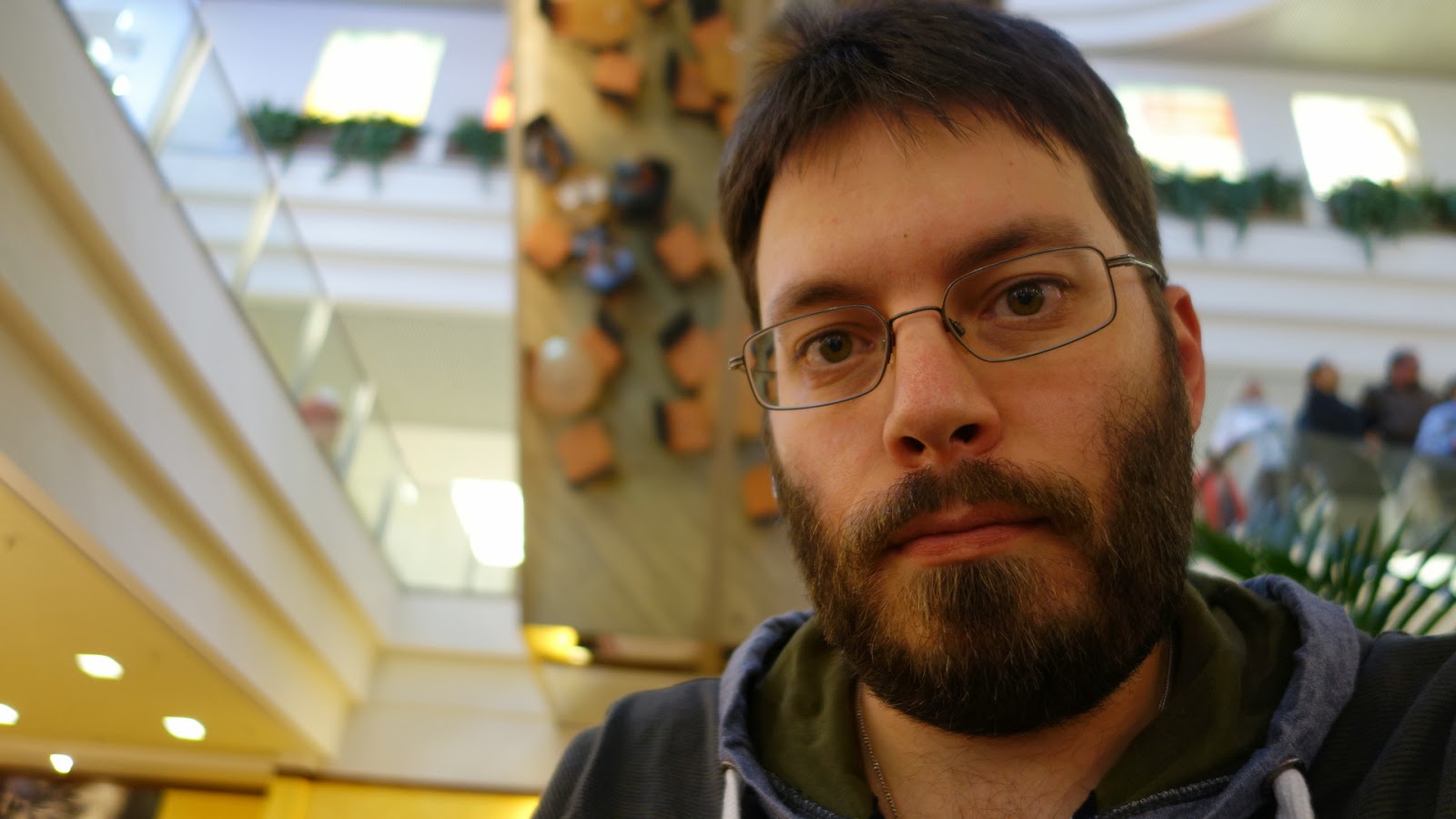 Of course, the remote aspect of this camera also allows to add you self to a picture as well and no, normally I am not smiling on pictures ;-).

In my opinion the quality of the pictures taken with the QX100 was very good too. Of course they do not reach the quality you can get out of a professional DSLR combined with a 1000 € lens and shooting in RAW mode with lots of post processing but the quality was good enough for me, especially for a point and shoot camera.

I like the diffusing of the background a lot at wide open aperture and also the flares looked great to me. 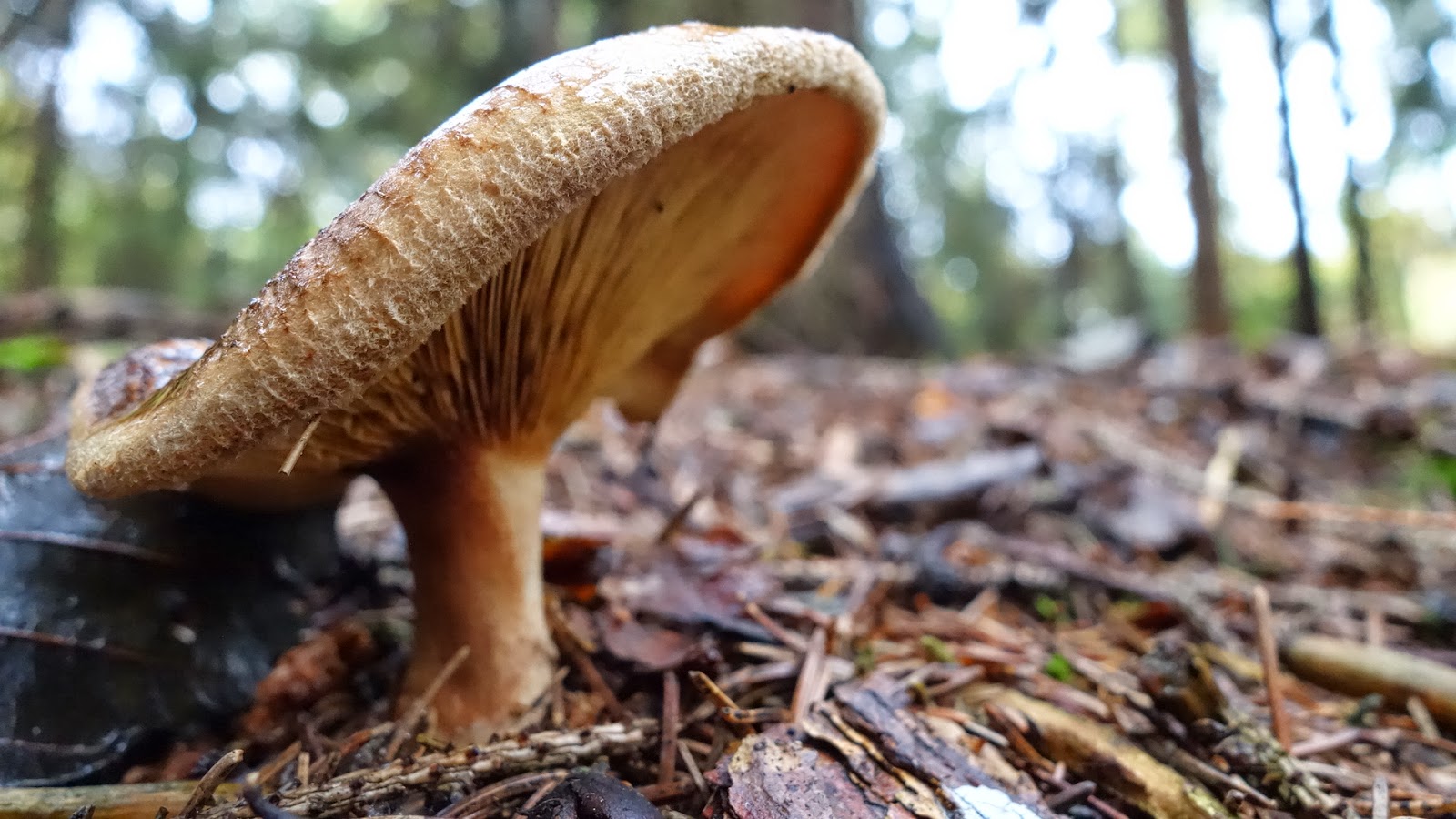 Even in low light environments I was able to make some good pictures with very interesting perspectives. According to the higher ISO settings (at the moment ISO only works on automatic mode) the pictures where a little bit noisy but in a very tolerable way. 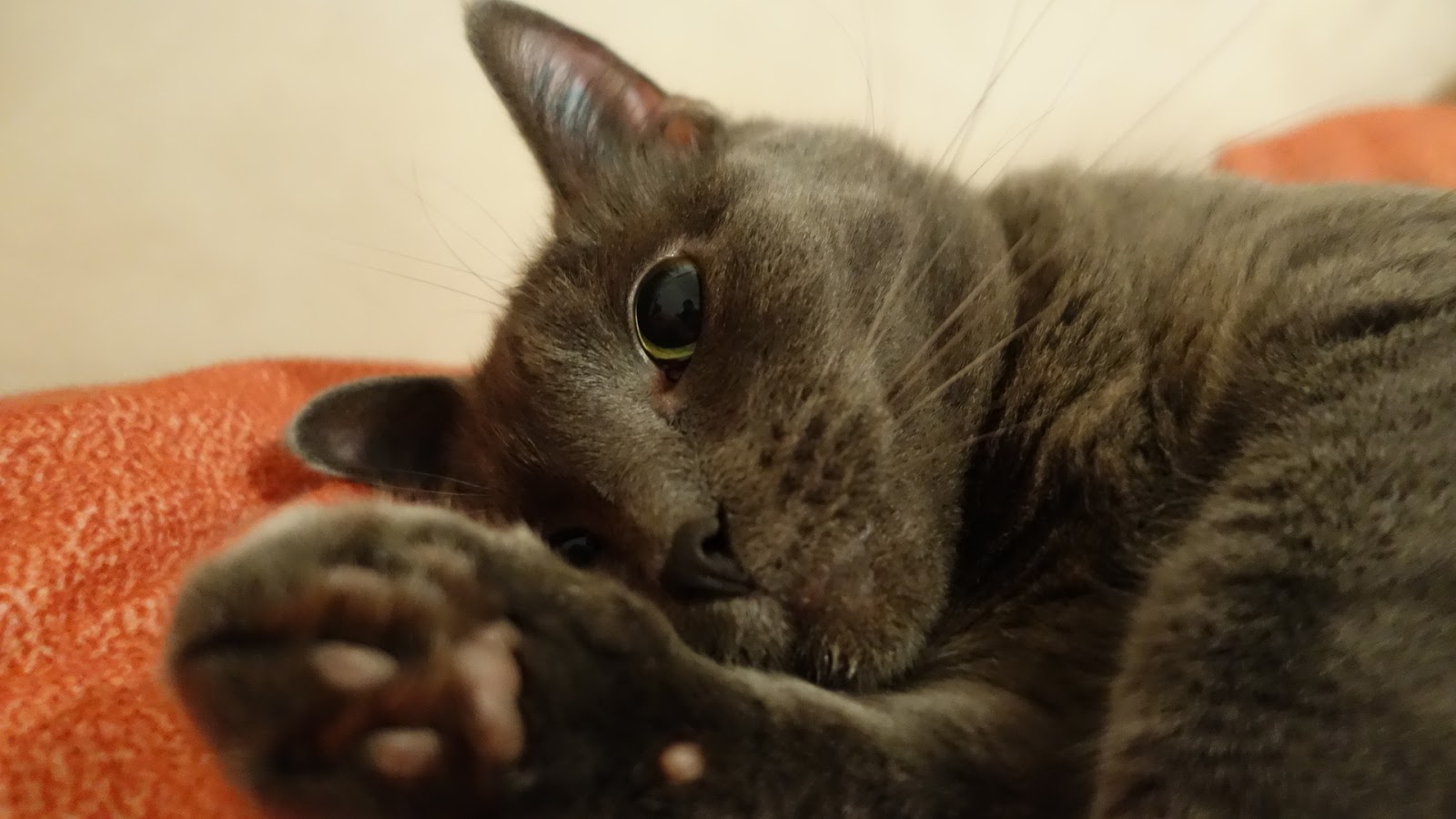 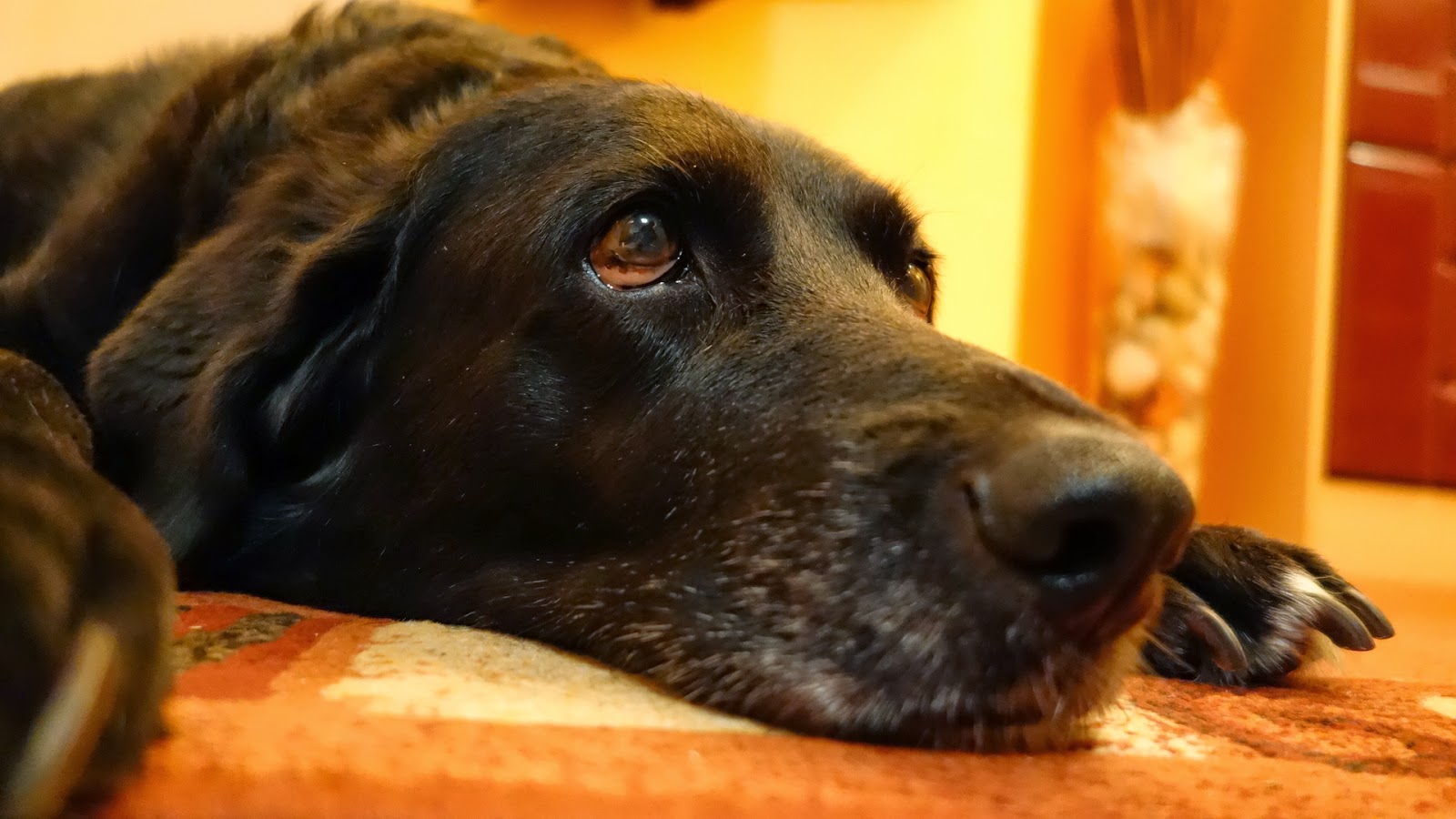 One more thing to mention about the picture quality. If you really want to get all out of it that is possible, the pictures are stored on the Micro-SD card within the camera itself in full resolution (JPEG only) so they can be imported to PC or Mac for some further post processing to the get maximum out of them.
All pictures shown here in this post where directly uploaded from the smartphone to Google+ and only post processed by the automatic picture quality enhancement of Google+.

Of course videos can be done with this camera-lens as well. In this case the video file itself is stored only on the Micro-SD card within the camera and needs to be transferred to the smartphone (or PC/Mac) after finishing the recording by the settings menu. So far I did not really test the video function so I will not go any deeper into that for now.

I can not deny there are some problems with this camera as well.
The biggest issue for me was that the WiFi connection was breaking down sometimes even when there was no other WiFi around like while shooting the mushrooms in the woods. I think the stability of this connection is one thing that really should be enhanced a lot. Also sometimes the connection had some lag and when establishing the connection between the two devices it takes some time (easy around 15 seconds) so that it is not possible to do a fast shot on a special situation just happening when the camera setup is not ready to shoot already.
And of course, to keep it on, paired and running for a longer time will drain the battery of the camera and the smartphone.

At the moment there are two apps available to operate with the Sony QX100 (and the QX10 of course as well). Sony has released the SDK so hopefully there will be more apps supporting this lens-cameras soon.

Sony's own app at the moment has the most features to offer for the lens-cameras to control. Functions I am missing here are control over shutter speed, ISO and maybe even a full manual control mode.
Also it would be great if you could use the build in flash of the smartphone (as the lens-cameras don't have any flash) so it could be used as a remote flash. But even if it would only be able to use it as a camera light would open up lots of options for creative photography.

Last week Camera360 released its version 4.77 witch supports Sony's lens-Cameras now. Unfortunately the options to control the camera itself are very limited, even less than PlayMemories has to offer right now. With this version you even can't pick a focus point or change any settings. I really hope this is just the first (a bit to early) implementation and that there is a better support for this cameras to come soon, especially as I really like the Camera360 app in general.

In my opinion Sony developed a very interesting camera model that does not fit into any of the used patterns. It is a high end compact camera with some very nice features by the remote aspect of it. Also it connects the higher quality photography into the mobile world as you can immediately upload and share pictures to your friends.
There are some issues that could use improvement but also its the first iteration of this gadget and lots of this problems could be solved simply by software-updates on the apps and/or firmware of the camera.

For me, this is a very interesting development and I am looking forward to what will be possible with it. I also hope that some software-updates will fix some of the current problems.

Oh, and there is one more thing about this lens-camera ...
... it's just fun to use it and play around with the opportunities it provides.