After using my new Nexus for a bit more than two weeks now I thought it might be time to share some of my thoughts about it.

Just for completeness, the technical details of the Nexus 5:

Specs are nice, but lets head to my experience with it.
I ordered the 32 GB, black one right away when it became available (Friday evening) and it arrived at Wednesday the following week.
When I unboxed it I really was surprised how good it felt in my hands. The only downside on that is that I will not get to feel it that often as I am using a bumper to protect it ... I am doing this because of a bad experience I had in a combination of gravity (yes, it's all around us) and my Galaxy Nexus ...

The screen resolution and sharpness is really great. Compared to my other devices I was really blown away by it. Also it is a bit larger then the one of my Galaxy Nexus and sometimes it feels a bit hard to reach the top opposing corner but it's still OK. 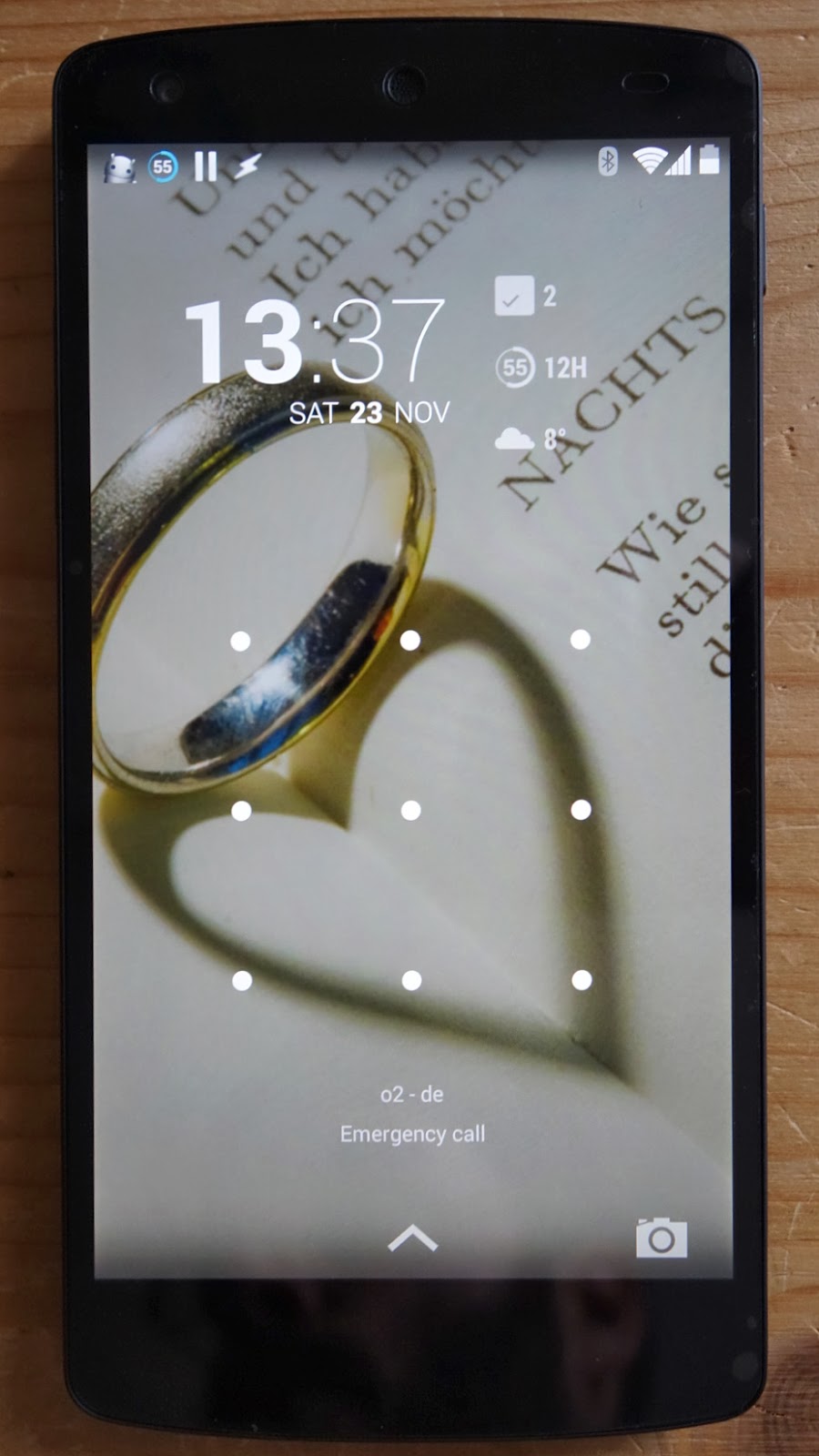 It feels really smooth. Apps are starting fast, scrolling happens without lags and it just feels good. Also I like the better integration of Google Now into the over all concept as well as the new Google launcher.
At the beginning it was a bit strange to not have five screens with a centered main screen but I got used to it very fast and I am enjoying the new features a lot. The expanding screens to the right are great and to reach the launcher on the left makes it even more accessible and includes it more into the whole experience. 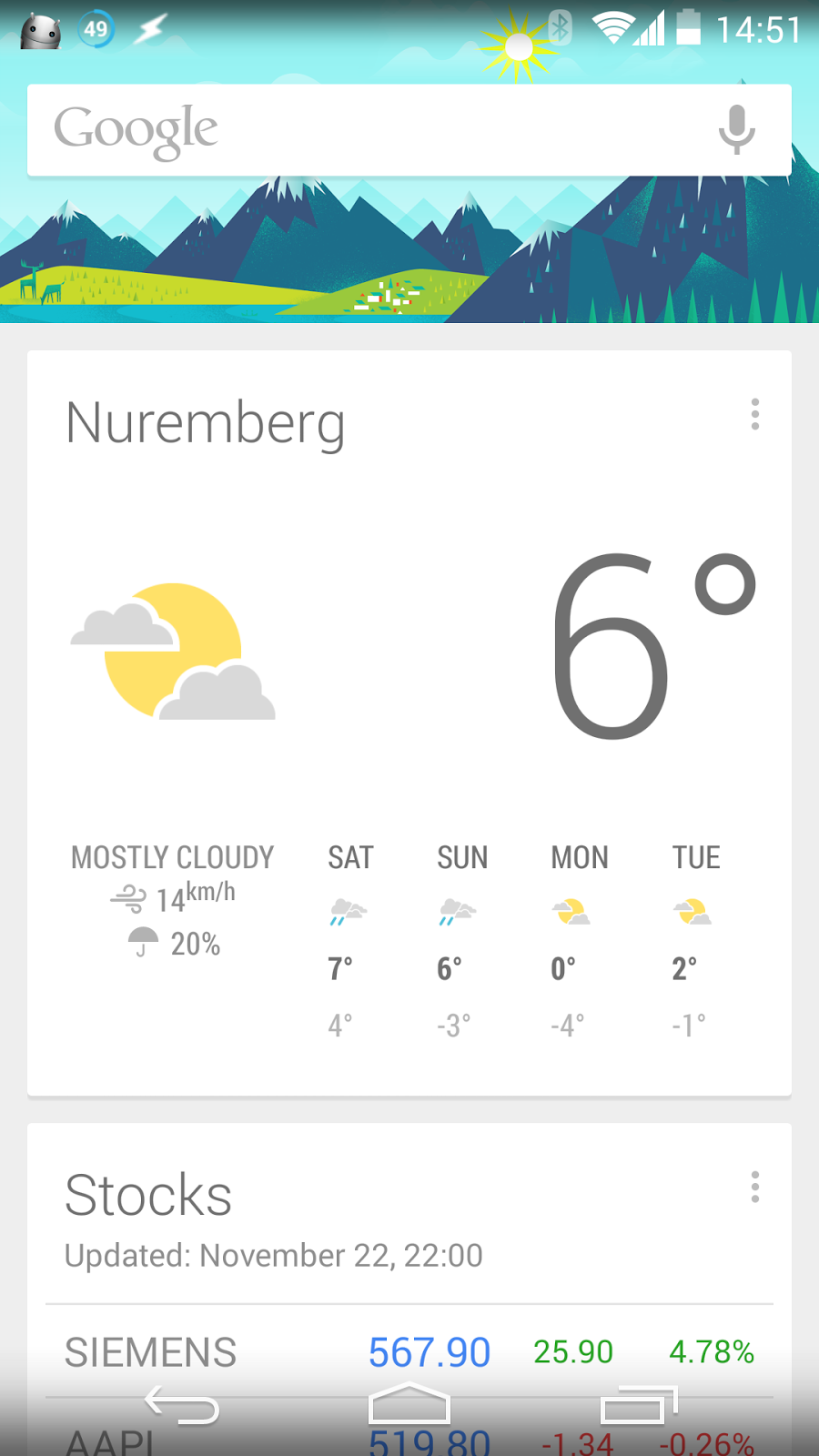 Google Now now feels a lot more involved in the whole Android experience.
The new more transparent like layout of the app launcher or the apps itself when they are in full-screen mode is very nice too. All in all the new interface feels fresh, modern and a bit more light weight.

There is a drawback on some apps too according to Android 4.4 at the moment because not all apps are supporting it yet. So I had some nasty app crashes when I tried to launch them on my Nexus 5. One of this is Sony's Play Memories App that is used to control the Sony QX100 (see my Review here). Camera360 is working fine with Android 4.4 and supports at least some basic features for the QX100 so its OK for now. I also would assume that this issue is not for long as the developers hopefully will update their apps soon.

The battery might be the only real point of criticism for me. As it is not exchangeable, they should have picked a little larger one in my opinion. With my daily usage I get over one day with it but not much buffer left over. It also seems, like many other bloggers already reported, that the battery durability improves a bit over the first one or two weeks. At the moment I get in average about 18 to 20 hours out of the battery in my Nexus 5 but not more. It's enough to get over one day and I have no problem to charge it over night (every night) but it might get tough, when I want to do some more battery draining activities like taking a few more pictures on a trip. 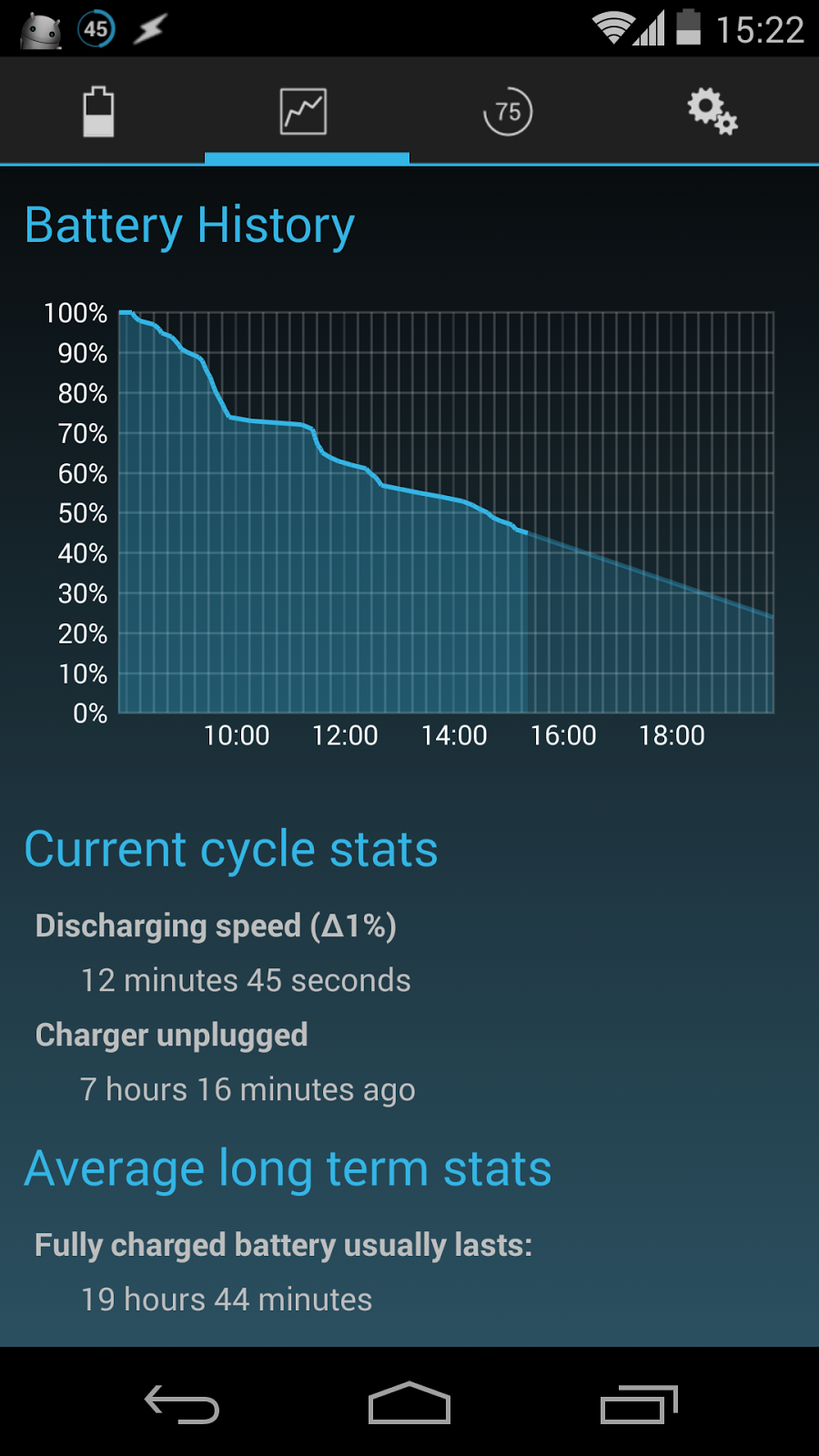 My daily usage consists about the following tasks:

Sound and camera are often criticized a lot by other Reviews on every device out there. Honestly, it's still a smartphone and not a professional DSLR camera or a large HiFi system in your living room so I don't understand this critics in other reviews mostly.

The sound is OK in my opinion. It might not be the fullest, loudest, best sound but for listening music I usually use earphones anyway or when I am at my desk, I have a little Bluetooth speaker (around 25,- €) sitting there that provides better sound than ANY smartphone I have seen (or in that case header) so far.

The camera is OK as well in my opinion. In fact, the picture quality is a lot better than on my old Galaxy Nexus and I don't expect high end quality pictures like of my DSLR. When I want better pictures mobile I take my Sony QX100 because I will get a better picture quality with it than with any smartphone out there. For a short quick and dirty shot to keep a memory or to add a note or what ever the camera of the Nexus 5 is absolute adequate.

I don't think there is ONE phone out there that would fit everyone. Different individuals have different requirements and needs and a 5'' smartphone might be to big for many people.
So everyone has to decide for him/her self if this is the right phone to go for. But for about 350,- € (for the 16 GB version) there are not many comparable smartphones if the price is a decision criteria.

Absolutely YES. I am really happy with the Nexus 5 and enjoy using it a lot. It feels good in my hands (even with bumper) and I am also happy with the launcher and Android 4.4. I took the 32 GB version because I plan on using it for a while so I didn't wanted to worry about storage.
I can recommend the Nexus 5 without any limitations.