Gaming on a smartphone or tablet has been nice already but the Nvidia Shield lifts this experience to a completely new level. 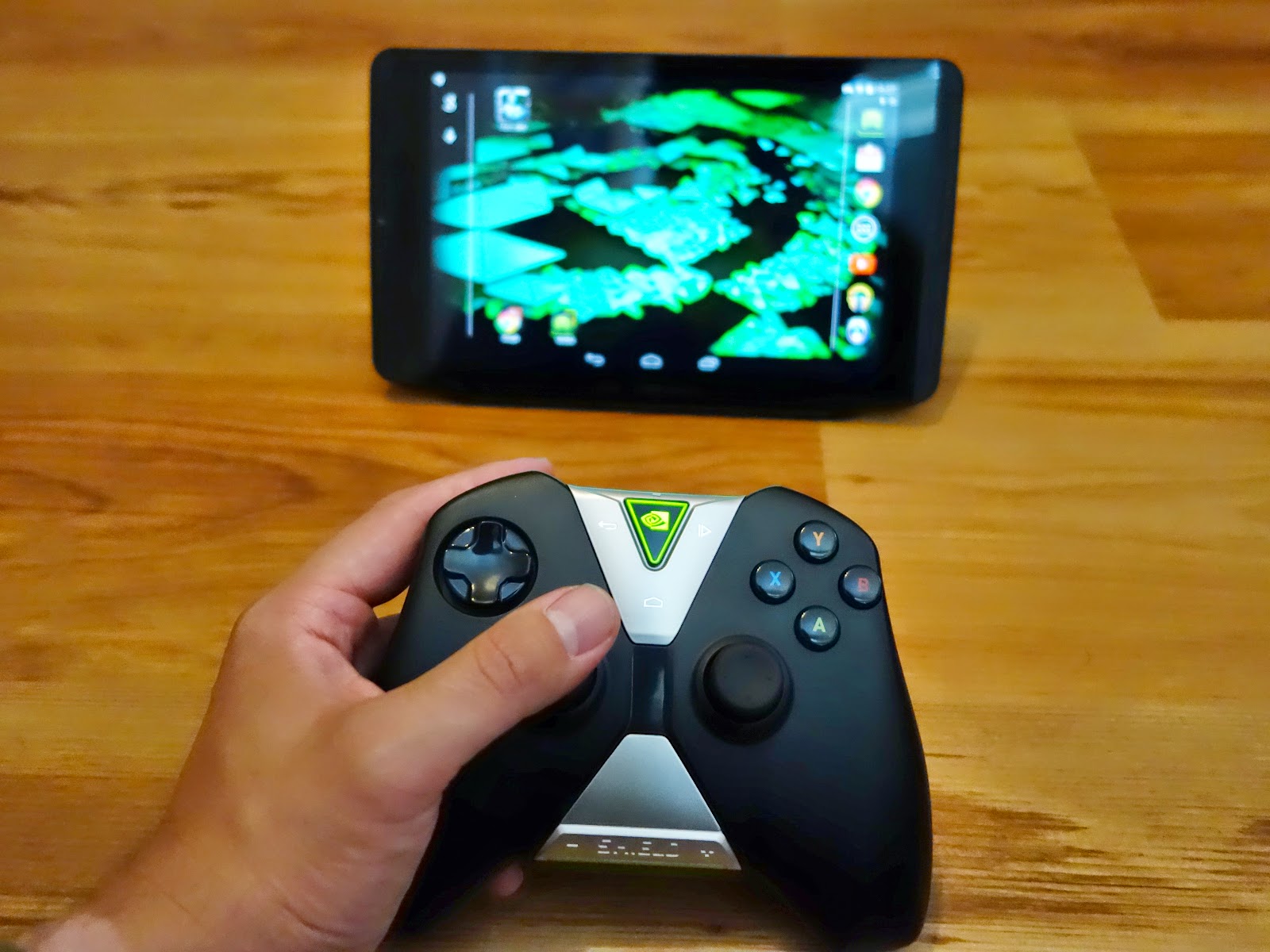 Gaming with the Nvidia Shield


In my article Review: Nvidia Shield I was talking about the hardware of the Shield and the Controller already. The over all experience gaming on the Shield is grandiose.


When you start it up, the SHIELD Hub is the app you want to load. This is also the app that starts up by pressing the Nvidia button at the controller.


Within this app you will find different categories:


This video shows some android and PC gaming scenes from different games played on the Nvidia Shield with controller at a big TV screen:


Many android games are optimized for Nvidia's processor. The gaming experience with this is just great and even games like Halflife 2 which got ported for it run smooth on the device only (not streamed). It's impressive to see games like this run native on an android tablet that we got used to see run on a PC or a console like the Xbox 360.


The graphic at the shield powered by it's K1 processor is astonishing. Best to see all of it's capability is by running a game optimized for this processor like Trine 2 for example. There might even be a bit much effects in this game as everything is glowing and shining so much, it just looks overwhelming.

One step further the adventure goes when the tablet gets connected to a big TV by HDMI and is set into console mode. This way the games can be enjoyed at a large TV screen and with the controller in hand it is just like any normal console in terms of the game feeling. Many Android games but also the PC games support a controller now so the gaming is just great.


The controller provides a very solid but also different game feeling as well. For example I played Leo's Fortune on my smartphone (Nexus 5) before and enjoyed the game a lot, in fact, its one of my favorite android games. But playing it now at the big TV screen WITH A CONTROLLER is just awesome. The same is true for other games as well like Riptide GP2, just to name another.


Speaking about awesomeness ... how awesome can it be to play PC games on a tablet with a controller enjoying it at the big TV?


I never thought the experience would be that great. The games run smooth with no problems at all for me. I also have (re)installed several older games that I used to play at my PC just to try them out with a controller and this combination. Games I tested are Dishonored, Bioshock Infinite, Thief, Tomb Raider, Titanfall of course and many more.


To be honest, it was very different to me to play a shooter with a controller again as I have only played games like this with keyboard and mouse for several years now but I get better in it again and it feels really great. The big benefit of using a controller is that the secondary functions and weapons can be reached a lot easier than on a keyboard. Downside of course is that I need more training for aiming again as this feels a bit more easy with a mouse to me, but it gets better by time ;-)

Of course, the PC needs to run when streaming games from it. This is the only downside about that.

Streaming without PC (beta and US only)


Currently there is a game streaming service to be tested but this is only available in North America at the moment. Right now the service is in beta and free but as I am located in Germany I could not try it myself.

Once this service becomes available it will work even without owning a PC yourself as the games are just streamed over the internet.

I would guess different payment options might be available like buying a game that you then can stream as you wish, maybe renting a game, maybe there will be some kind of flatrates? But for sure, the streaming will not be free in the long run and of course it also counts towards your data volume if you happen to have a limited plan from your internet provider.

What ever, it's a service I am looking forward to, especially in combination with a small and elegant but powerful device like the Shield.


There are some apps included that focus on using the stylus. For example, NVIDIA Daddler is a painting app with some great use of the stylus and the capabilities of the K1 processor as well. Different painting types like oil painting or water colors can be chosen and really consider what behavior you would expect of this in reality like color merging with water colors or even gravity when you paint with water colors on a vertical sheet of paper.


Handwriting is another app included for the stylus. Basically it is a replacement for the keyboard that allows you to write with a pen natural. Instead of the keyboard you get a writing area and I was very surprised about the accuracy in which it recognized even my horrible handwriting (that I often have problems to read myself).

This video shows some of the handwriting recognition:


Then there is another great Nvidia feature which makes the tablet even more outstanding to me, ShadowPlay. ShadowPlay is a feature I know of the PC with a Nvidia graphics card and already love it. It allows to just play games and record afterwards if something worth to keep happened. Nvidia now brought this great feature to the Shield as well.


There are even more features in this included. For example you can also embed a video of yourself playing the game by using the frontal camera and comment your games by using the microphone. You can also directly stream to Twitch as well while playing games on the Shield. All this i build in and runs very smooth.

By the way, the two videos linked in this article where recorded with ShadowPlay directly at the Nvidia Shield.

To me the Shield Tablet (including the controller) is the best android gaming device I ever had. Even more, it enriches also the PC gaming a lot by adding more features and fun.

Most android games are much more enjoyable to play with the controller and doing so on the big TV screen is just great. The same counts for PC games which I see me using the Shield even while sitting in front of my PC a lot in the future as the controller is really awesome.

The device is absolutely worth it's money and I can just suggest to get it if you are interested in mobile gaming, especially if you are also gaming at a PC with a compatible graphics card.
Posted by jendit