About every child is playing with paper planes at some point and most of them also share the dream to control it in some way or let it fly even longer by an engine. This childhood dream has become true ... 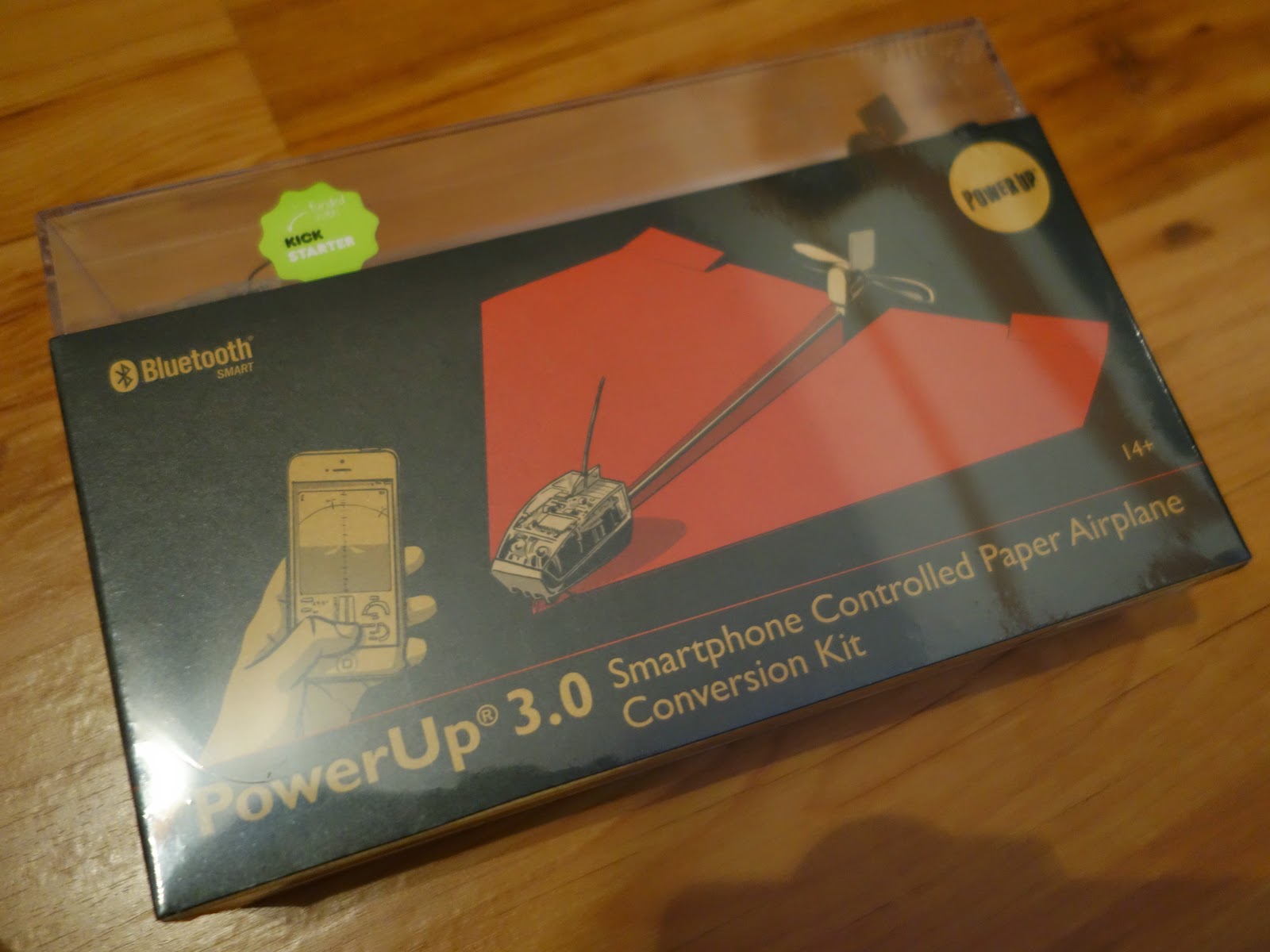 A paper plane with an engine?

Yes, indeed. PowerUp made this dream real. With a kickstarter project far more money than intended was collected and the project became true. By now the third iteration of this paper plane engine has been released.

One of the YouTube channels I follow just posted a video review of this version along with a contest to get one of this, which I luckily got. Huge thanks to Jimmy of +JimsReviewRoom at this point, check out his YouTube channel, he got some really great reviews.

After about two weeks of shipment the package finally arrived.

In the package, a lot of stuff was included beside the engine itself:

It is highly recommended to read the manual as it also explains a bit about the meaning of different led light signals which are used to show the charging or connecting state of the engine.
Also the engine needs to be charged first and the PowerUp app to be installed (the app is available for Android and iOS).

Within the app you got a battery indicator as well as a slide control to power up the engine (and adjust the speed). The side rudder is controlled by tilting the smartphone to the left or right.

Oh, and of course, you need to build a paper plane as well.

For the plane I tried one I was used to from my childhood first but it turned out that this was just to short, so the weight balance was not working.

Second I build the one described within the manual and this one worked great for me already.

After a few tests with a bit variation in folding this model I found one that worked. The wings needed to be as large as possible as the engine itself has some weight as well.
After some tests I was able to get some flies with several maneuver before the plane got down again. Also I noticed a strong tendency to the left side so left curves where a lot easier and smaller than right once.

In the following video you will see a few impressions of my first successful flights. Unfortunately the battery of my camera ran empty (I forgot to charge it up) and today it's raining outside ... but I plan on doing a bit more video flights at some point and will post them on my channel ;-)

One charge of the engine did last about 10 to 20 minutes for me, then it takes about 20 min to charge up again.

It's a very nice toy that wakes lot's of memories from your childhood when you tried to get the best out of your paper planes, often in competition with your friends ;-)
Also while I was playing around with it lots of people passing by came over and asked me about it, they all where very surprised about this little gadget.